About our founder, Kate Griggs.

British social entrepreneur, founder and CEO of charity, Made By Dyslexia, Kate Griggs has been shifting the narrative on dyslexia and educating people on its strengths since 2004. Dyslexic herself and having been surrounded by an extraordinary ‘smorgasbord of Dyslexic Thinking’ her whole life, Griggs knows the superpower of dyslexia all too well.

She is a leading voice in global advocacy and is leading the charge to disrupt the world’s thinking around dyslexia, which is vital for the workplace of the future.

Her work to define Dyslexic Thinking skills has been central to Made By Dyslexia’s ground-breaking reports, and has seen Dyslexic Thinking added as a skill to the world’s largest careers platform, LinkedIn, and added as a noun to the dictionary. These incredible leaps forward are transforming the way the world understands and values dyslexia. Now her latest campaign, Learn Dyslexia, asks every school to Take A Day For Dyslexia and skill up using Made By Dyslexia’s 3 free online training courses to empower the 1 in 5 dyslexic learners in every classroom.

Kate is the author of two Amazon #1 best-selling books published by Penguin Random House, a children’s book Xtraordinary People and her new book for adults, THIS is Dyslexia, which redefines and reshapes what it means to be dyslexic.

Recent stories and a bit of history Read Kate’s call to action in the ‘Thunderer’ column in The Times.

A BIT OF HISTORY Kate’s campaigning resulted in the Rose Review, which recommended ALL teachers are trained in dyslexia. 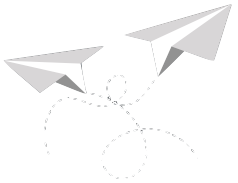 Enter your email address
to hear our latest news

Thanks! You're part of the
family now.